Fletch continued his education at the College of the Holy Cross where he majored in English, minored in Classics and Political Science, and was active in the school community. Coach Fletcher competed for the NCAA Division I Cross Country and Track & Field teams for the Crusaders, and was elected captain of those teams his senior year.

After receiving his Bachelors Degree, Coach Fletcher went on to the Tufts University School of Medicine where he obtained his Masters Degree in Public Health. His Masters Thesis was focused on the issue of eating disorders in Collegiate Track and Field athletes. Since receiving his MPH, Coach Fletcher has worked for a clinical research management company and has run for Alderman in the City of Woburn. From 2011 to 2021, he was the Director of Academics and Programming for the Massachusetts Boys and Girls State programs and now serves as the President of the Massachusetts Boys and Girls State Foundation.  Coach Fletcher teaches at the Joyce Middle School in Woburn and has worked in team sales and scholastic development for Marathon Sports.

Coach Fletcher served as the President and the Director of Operations of Cross Country for the MSTCA (Mass. State Track Coaches Association) from 2021-2022. 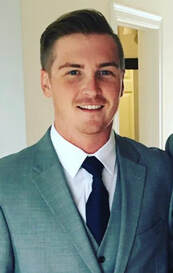 Coach Keane currently teaches physical education in Woburn at the Daniel Joyce Middle School, after spending several years in the English Department. He’d like to thank his mentor, Joe Curran, for all his guidance during Coach Keane’s first few years teaching and coaching. He has taken over for Coach Curran in both his teaching and coaching roles.
​
Coach Keane’s hurdlers and high jumpers have achieved much success during his tenure coaching the events.  Their accomplishments include numerous Middlesex League Champions, several Division 2 and All-State Champions, as well as a 2018 Indoor Shuttle Hurdle Relay All-American team.  In the spring of 2018, Coach Keane was voted MSTCA Assistant Coach of the Year.
Coach Keane is also the head varsity golf coach at Wakefield High School. 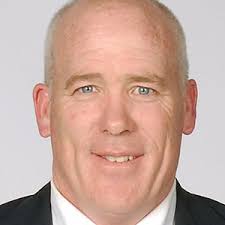 He taught physical education at the Joyce Middle School in Woburn for 34 years before retiring in 2019. He was the long serving President of the Teachers' Union in Woburn, and is a graduate of Norwich University, Class of 1981. He also coaches Football at Arlington Catholic as well, and is a resident of Arlington, where he served on the School Committee from 2007-2011. He is the proud father of eight beautiful children, and credits all of their success to his wife Jane.

His favorite quote - one he always used to get a rise out his athletes - is well known to anyone who has had the privilege to call him their coach:
"One if by land, two if by sea."
- Dr. Seuss 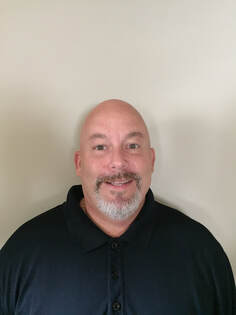 Coach Mullen is the Head Boys Outdoor Track Coach as well as the strength and conditioning coach of the girls and boys indoor and outdoor track and field team for Woburn Memorial High School.  Coach Mullen prepares individual workouts each event of the program; as well as instructing the athletes on proper form and lifting techniques. The Tanners were the Middlesex League Champions for both the girls and boys program.

Coach Mullen is currently an eighth grade mathematics teacher at the Joyce Middle School.  He has worked in education as a mathematics teacher for the last fourteen years, and has a strong desire to assist in the education and life-long learning of the youth of Woburn.  Coach Mullen played graduated from Woburn Memorial High School and played football and ran indoor track for the program. He continued his playing career for Curry College in Milton, MA.  He graduated with a B.S. in Elementary Education from Salem State University; an M.Ed in Elementary Education from American International College; and an M.Ed in Mathematics Education from Lesley University. 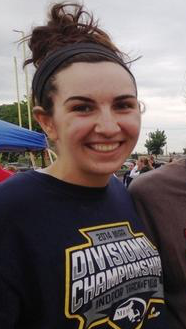 After high school, Allardi attended Trinity College in Connecticut. There she competed as a heptathlete and jumper while receiving her bachelor's degree in English. Currently, she works as a seventh and eight grade ELA teacher in the city of Revere. 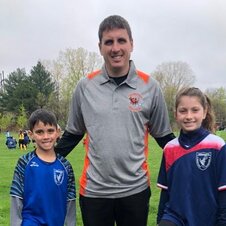 Coach Hunt continued his education at the University of Massachusetts, Lowell where he majored in Criminal Justice, minored in Legal Studies and graduated Magna Cum Laude in December 2004.  Coach Hunt ran both cross-country and track for the Riverhawks and was elected captain his senior year. He ran twice at the Division II Cross-Country Nationals and was a multiple time Conference All-Star and Regional All-Team.
​
After receiving his Bachelor’s Degree, Coach Hunt stayed at UMass-Lowell and obtained his Master’s Degree in Criminal Justice.  Coach Hunt is currently a Police Officer for the City of Woburn and has served this community since 2007. Coach Hunt resides in Woburn with his wife and former All-American runner, Nicole Hunt, and his three children; Elina, Logan and Lincoln. 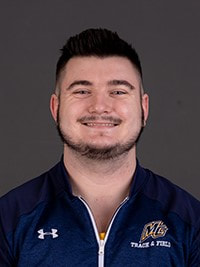 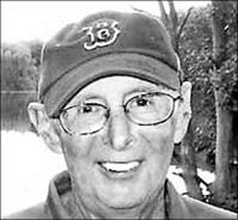 Coach O'Connor coached for 31 years at Woburn Memorial High School. Prior, he was Head Coach of Cross Country, Indoor, and Outdoor Track at Algonquin Regional High School in Northborough, MA, for 14 seasons, where his team won Central MA Championships in all three seasons. Several of his runners won State, New England, or National titles at the high school, college, or open level.

Coach O'Connor's first 30 years as a coach in Woburn were very successful. His Cross Country teams combined for a record of 307-219. His career record for XC is 415-275. Collectively, his teams won won eight Middlesex League Championships, several Invitationals, two Eastern MA Division I Championships, and had 10 State Finalist Teams. In addition, his program produced eight Boston Globe and Herald All-Scholastics and 20 Daily Times Chronicle "Performers of the Year." His record as a head coach in Indoor Track is 135-72-4.

Coach O'Connor was honored in 1995 as the Boston Globe's All-Scholastic "Coach of the Year" for Girls Cross Country. In addition, he was named the Daily Times Chronicle "Coach of the Year" for Fall Sports in 1988 and 1994, and in his 44th year of coaching, he was named Eastern MA Girls Indoor Track Coach of the Year. In 1997 he had a foot bridge at Horn Pond named in his honor for his dedication and commitment to Woburn's running programs. In 1999 he was inducted into the Massachusetts State Track Coaches Association Hall of Fame and in April of 2001, the new Indoor Track at the Joyce Middle School in Woburn was named in his honor. In 2008 he was instrumental in the Boys Indoor Track team winning their first ever All-State Championship and directly responsible for the Boys 4x400m relay team winning the National Championship. He was inducted into the Algonquin Regional Hall of Fame in 2011.

Competitively, he ran for Woburn High and Northeastern University. He is also the Founder and Director of the popular Summer Fun-Runs held at Horn Pond. He was also the inaugural coach of the Shamrock Running Club for 13 years.

He held a B.S. and Masters Degree in Physical Education, Health, and General Science. He retired after 34 years as a teacher in the Northborough-Southborough Public School system.

Up until his passing in October 2016, Coach O'Connor was integral to the success of the entire Woburn Cross Country and Track program, and anyone associated to those programs owe he and his family a substantial debt of gratitude.